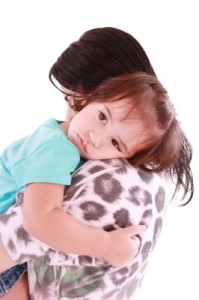 For parents who deal with children with bedwetting issues, few things are more frustrating than being awakened in the middle of the night to a wet bed. Luckily, a vast array of bedwetting diapers, waterproof underwear and bedwetting underwear is available. In this article, we will examine all three forms of bedwetting treatment. All three are relatively inexpensive ways of attempting to cope with and treat bedwetting.

While the use of bedwetting diapers may be best for some, it is best to speak with your doctor and loved ones when determining what you believe is the best course of treatment. Bedwetting diapers were once the only option, but advancements in technology, design and functionality leave the consumer with more choices and a better chance to cure bedwetting.  Coping with bedwetting isn’t easy, but one of these products may make it a little easier.

The use of bedwetting diapers is a common strategy in the fight against enuresis. Diapers come in many styles and varieties and can be purchased nearly anywhere. As opposed to traditional diapers, bedwetting diapers are designed to be more absorbent for overnight use. The diapers are typically disposable and designed to feel as comfortable as regular underwear. In addition to the diapers for bedwetting, pads are also available to be placed in pants or underwear during the evening. These pads are designed to help avoid and eliminate urine leakage. The use of diapers can sometimes create controversy between a doctor and parents, but they can also be used as an effective treatment tool.

There are many products and strategies that can he...

Talking to Your Doctor about Bedwetting

Many individuals or parents are reluctant to speak...

Talking to Your Child about Bedwetting

Bedwetting can be a very sensitive topic to bring ...
View All